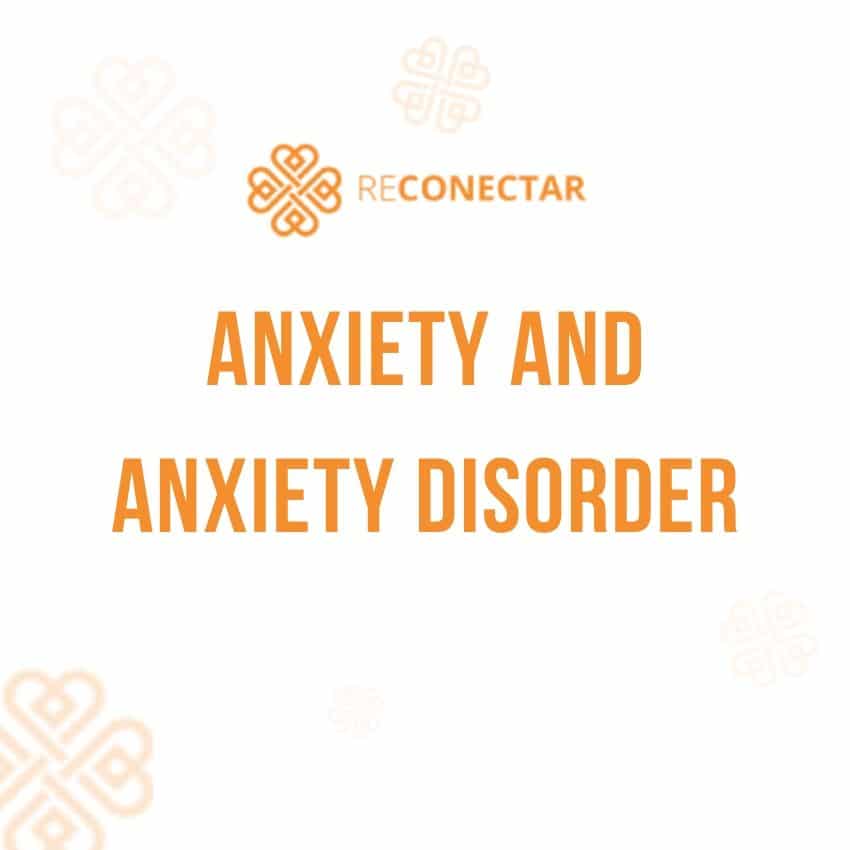 It is important to start by marking the difference between anxiety as an involuntary, but completely normal, organism response and anxiety disorder.

Adaptive or non-pathological anxiety is a necessary emotion for human subsistence, which acts as an alarm response to various stimuli, whether internal or external: real dangers or situations of insecurity.
Anxiety disorder, on the other hand, appears when these feelings of uncertainty are intense and constant over time, and when they appear without a reasonable reason, transforming into an emotion without control, losing their usefulness and functionality and becoming an obstacle. for the normal development of daily activities. That is, in a disorder, which causes the person’s ability to function normally to be totally affected, presenting excessive and exaggerated reactions, when faced with situations and stimuli that are not really life-threatening.

Anxiety disorder appears as one of the most common ailments today. Several factors influence this: the pressure of modern life with the obsession with economic, work and family success, the resounding immediacy imposed on social relations and the cult of vanity make up an ideal scenario for the emergence of emotions such as uncertainty, fear of failure and / or the new. Anxiety, on many occasions, appears as a reaction to these constraints and becomes more and more present in everyday reality, being accepted as a constant emotion on a day-to-day basis, without many times being aware of wear and tear and damage it causes to the body and mind.

They all share traits and symptoms, as they also have their own specific characteristics that identify them.
In many cases, in anxiety disorder, the causes and triggers cannot be clearly elucidated, in fact, the studies are not entirely conclusive about the reasons that produce this type of condition. However, in some patients it is possible to determine certain circumstances and elements that facilitate their appearance.

In the first place we find genetic predisposers that condition this disorder, that is, there is a predisposition to suffer anxiety.

On the other hand, there are circumstantial factors such as, for example, in the case of post traumatic stress, caused by extreme or traumatic experiences, that provoke intense emotions of anxiety.

Closely linked to this type of situation we find the so-called “significant vital” circumstances that, without reaching the degree of trauma, produce sudden changes in people’s lives, also generating a high degree of stress and producing an anxiety reaction such as, for example, Example: job changes, breakups, or pregnancies.

Anxiety can also stem from some medical illnesses.

In general, anxiety begins to be a problem when its intensity exceeds the adaptive capacity of the person with his environment.

Finally, we can mention that the consumption and abuse of most drugs can produce anxiety.
There is a close link between drug use and anxiety disorders, a fact that can complicate the diagnosis and treatment of both disorders.

Pathological anxiety presents symptoms both emotionally and physically, and it is essential to be attentive to them, to detect them at an early stage and to confront their diagnosis and treatment with a specialist who helps to address the situation in the best way.

Anxiety disorders and drug abuse are among the most frequent psychiatric disorders and in many cases are directly related to each other.

This phenomenon of interrelation is called dual pathology and occurs in those cases in which the person is affected by an addiction and a psychiatric disorder at the same time. Dual pathology presents a medical, psychological and social severity that must be considered multidisciplinary.

A clear example of dual pathology is that of the drinker who ingests alcohol to eliminate the feeling of momentary anxiety and when drinking, in the long run, an anxious state is generated, which ultimately turns the relationship into a vicious circle that is feeding and growing both disorders.

In the same way, that there is a great rate of patients in treatment against alcoholism who present anxiety problems, there are some personality disorders that also present high degrees of anxiety, such as obsessive-compulsive disorder and avoidant personality disorder. . In both conditions it is very common to find problems with drug abuse.

In general, it is necessary to differentiate the general effects that each drug causes, also bearing in mind that each consumer responds in a particular way to each substance.

Anxiety due to alcohol consumption

Alcohol is a depressant of the central nervous system. The relationship between alcohol consumption and anxiety is more palpable in periods of withdrawal. Reducing the dose of substance to which the brain is accustomed presents a clinical picture that, among other things, produces anxiety.

This substance has psychoactive elements that intervene on the receptors of the central nervous system. At first, cannabis use causes relaxation, but having a depressant effect on the CNS, its chronic use is associated with depressive and anxious states.

Cocaine and the anxiety caused by its use

Cocaine is a CNS stimulant that causes a feeling of well-being and euphoria, facilitates verbal communication and reduces the perception of tiredness and sleep. But its continued use can cause multiple disorders, including the appearance of anxiety.

In this category we find drugs like ecstasy, LSD, MDA and amphetamines, just to name the most popular. These are laboratory drugs that, due to their complex composition, can cause significant damage to the physical and psychological health of those who consume them, and their repeated use is not necessary for this to occur.
In their repeated consumption they can cause social anxiety, panic attacks and general anxiety disorders, as well as pictures of distortion of reality, psychosis and dangerous behaviors.

In short, it is necessary to mention that all drug abuse disorders induce a state of stress and anxiety. And in many cases, people who initially use to feel the characteristic effects of drugs, after a period of constant use, start taking them to calm the symptoms of anxiety or depression caused by stopping their use.

As we explained in the beginning of this article, anxiety itself is not a disease, on the contrary, it is a natural and necessary reaction for our subsistence as a species. For this reason, what interests us is learning to manage it to keep it within the parameters of what is considered healthy.

For this there are some guidelines that will help us keep it under control.

The first step is to understand the nature of anxiety and gradually face its causes. We can, for example, create a blog of anxiety that helps us know how it affects us.

In a period of time of at least two weeks, you can write down all the information that seems important to us about the anxiety symptoms that we suffer. Appearance times, place of appearance, what I was doing and / or thinking when I felt anxiety. In this way, it is easier to grant a structure and features to the phenomenon of anxiety and its relationship with our daily life.

Being more aware of what causes us anxiety, allows us to face it in a more rational way and to overcome it.
The same exercise we can do with stress, and thus find formulas that help us take off pressure at times when we feel overwhelmed. Differentiating when we are overexerting ourselves is vital to be able to manage anxiety and face situations that wear us down in a healthier way.

Activities that facilitate relaxation: Relaxation is essential, for this we can do any activity that provides us with well-being, such as listening to music, watching movies, going for a walk, we can do yoga or some physical activity. Learn Relaxing is a skill that must be worked on and practiced to improve like any other.
Breathing techniques that allow us to feel better are also very useful. In stressful situations, the first thing that is affected is our breathing, altering with this, the entire functioning of our organism and causing us physical symptoms that can contribute to further increase our anxious state and our fears.

It is necessary to learn techniques that help us develop controlled breathing. To do this, the first step is to realize that we are breathing badly, since anxiety normally makes our breathing shallow and fast. There are various techniques and exercises that will help us calm, improve and deepen our way of breathing. In the following link you can find some.

With these simple tools you can, little by little, improve and control anxiety. But remember, if at any time you think that anxiety is affecting your life in a harmful way and you feel that you are not able to control it by yourself, the most recommended thing is to go to a specialist. At Reconnect we are specialists in treatments to improve anxiety, you can live without anxiety.